A couple of months ago I was asked by the President of my Photography Club to deliver a presentation on the basics of Phoneography. The presentation was a success and the members of the club that were in attendance that night were very appreciative of the information delivered and excited to explore the many of the apps that I talked about and the capabilities of their phone camera. As a result of this presentation I was then asked to write a guest post on the GTCCC blog.

The GTCCC (Greater Toronto Council of Camera Clubs) is an association that governs the photo/camera clubs in the Greater Toronto Area in Ontario stretching from Oshawa in the east to Hamilton in the West. Every month they ask one club to submit a guest post to their readership. I was honoured to be asked to contribute as a guest writer. You can find my post, Phoneography – Taking Big Pictures with a Little Lens by clicking on the link.

On another note, last week I was reading David Pasillas (aka iPhonePhotographer) and he was reviewing an app called DistressedFX. David writes terrific reviews and I’ve found a lot of apps and inspiration through him….check him out. I download DistressedFx but didn’t get a chance to try it out until a couple of days ago. I really like this app. I took this last summer in California but never really did anything with it. What do you think? Let me tell you a little secret…but don’t tell anyone 😉 the birds weren’t in the original image.

I can’t believe another year is coming to a close but then again I say that every year. It seems they go by so quickly these days. As I look back on 2013 I’m proud of some of the images that I produced and some of the projects that I’m working on. As I announced a couple of months ago I’m launching a new pet photography business, PhoDOGraphy by Edith Levy. This is something that I’ve wanted to do for sometime and I’ll have the website ready for launch in January.

Below are some of my favourite images from this year. They don’t necessarily reflect the most popular images by hits or comments but ones that resonated with me for various reasons and I’ll let you know why as you go through them. Enjoy!

One last thing…wishing you all a Happy Holiday and a Happy and Healthy New Year.

Interestingly enough this image never appeared on the blog. The colour version did (and you can see it here) but for some reason I didn’t post the B&W version which happens to be my favourite of the two. This was shot before sunrise and I love the moodiness that comes out in the B&W.

To call Cafe du Monde a coffee shop is downgrading it a bit. It’s a landmark and institution in New Orleans which was established in 1862. Cafe du Monde is open 24/7 and it was the perfect place for me to duck in and warm up with a piping cup of coffee and beignet right after my sunrise shoots in the city.

I was fortunate to be able to shoot this iconic theatre in Toronto at the beginning of the year. This was one of my favourite images from that shoot. Little did I know that it would be selected to appear on the cover of the theatre’s souvenir brochure. Below is a scan (sorry about the poor quality) of the cover.

I attended a conference in Boston in April. At the time I wasn’t quite sure if it would be taking place as it was taking place a few days after the Boston Marathon bombing. The conference went on as scheduled and although security was tight at the airports and in the city I was amazed at the resilience of the city and its people. 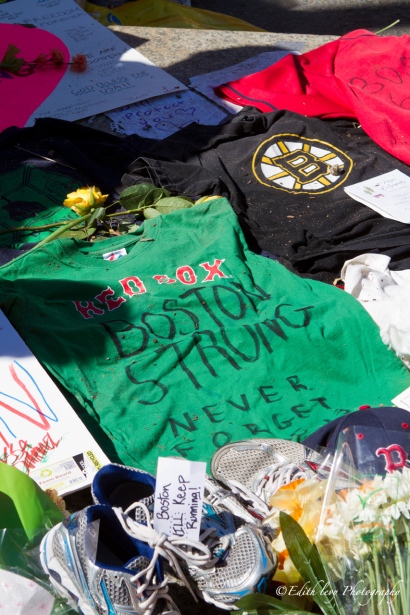 This past July I took a trip to California, starting in San Francisco and driving down the coast to L.A. While the weather wasn’t always in my favour (lots of fog) I di manage to come away with some images that I was really pleased with. My second day in San Francisco called for an early morning wake up call to shoot the Golden Gate bridge. Being in a place for the first time without a lot of time to explore and get to know you’re way around means that you waste a lot of time looking for the perfect vantage point to shoot from. I was lucky here because as soon as I shoot this the lights on the bridge were turned off. 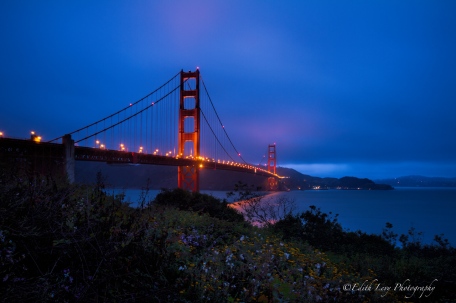 Come on…you had to know I’d include a bicycle image in my year-end recap 🙂 I loved that the name of this restaurant in Carmel-By-The-Sea was called La Bicyclette.

The Roman Pool at Hearst Castle

I was just really pleased with the way this came out. The light was very low and I didn’t have a tripod with me. I increased my ISO, braced myself against the railing and took the shot. Sometimes you just have to go for it.

This is just a personal favourite. I took pictures of this little guy…his name is Sponge as part of my portfolio building sessions. Isn’t he just adorable.

This image was taken at the Rockwood Autoyard in Ontario while I was attending a workshop with Denise Ippolito. It was drizzling the whole day with a light mist floating in the air which made for some terrific light. 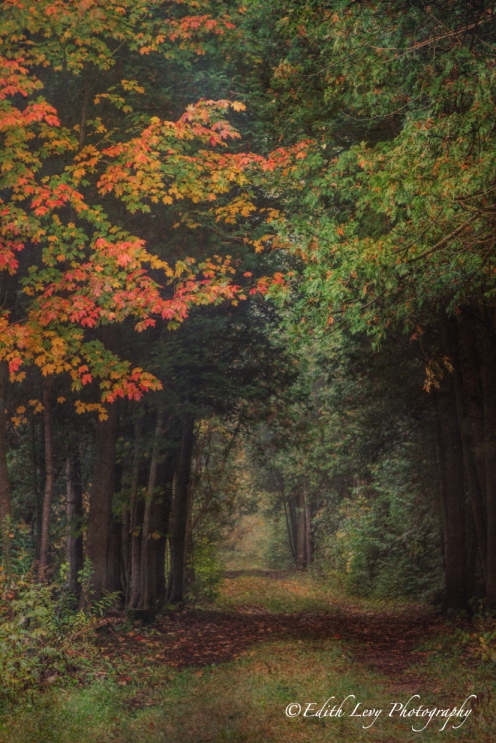 Here’s another personal favourite from my California trip. I loved the different colours emanating from the boats and wanted to give this image a bit of an abstract, impressionist feel.

One the last night of my California trip I was determined to get a shot of Santa Monica pier at night. Even though it was cold and I really wasn’t dressed properly I headed to the pier (with my husband in tow…he really does deserve an award) and set up for this long exposure.

This is probably the image I’m most proud of this year. A long exposure of Malibu Pier with a high key treatment. 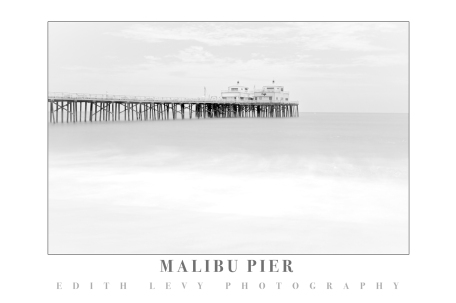 I really had fun photographing these elephant seals at Piedras Blancas which is about 3 miles north of San Simeon on the Pacific Coast. I title this image “A Little Disagreement” but someone made a comment that it looks like the seal on the right might be laughing at a joke (wish I had thought of that), but the loud barking of these mammoth seals is still ringing in my ears 🙂 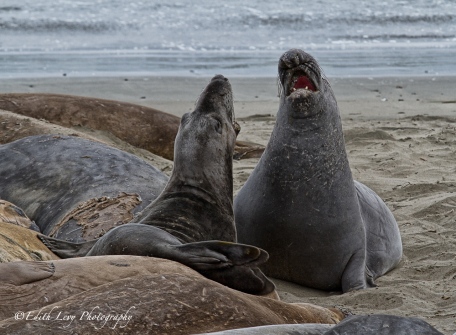 Wishing you all a Happy Holiday and a Very Happy New Year.

Skateboarding was born in the late 1940’s as a result of surfers wanting to practice their surfing skills when the ocean was calm, hence the name sidewalk surfing.  Right in the heart of Venice Beach, California is a skateboard park which was packed on the day I was there. The skateboarders were unbelievable to watch and I had a blast photographing them. It was a good opportunity for me to practice shooting sports/action which I don’t do very often. 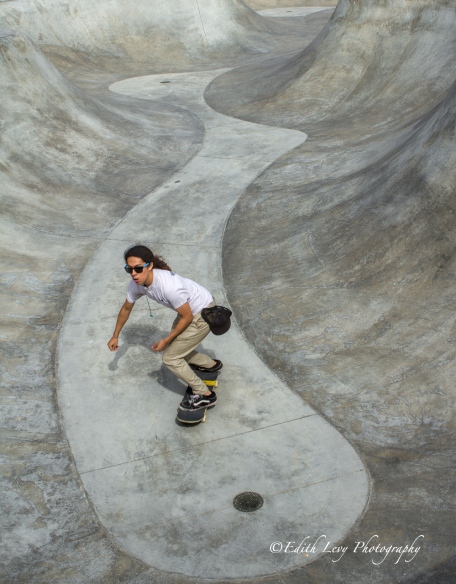 Here’s another image that I took at the Elephant Seal Rookery at Piedras Blancas. You can see the first image from the rookery here. These two fellas were arguing about something and I have to tell you they are loud. Males can weight up to 5,000 lbs, so I don’t know about you but I wouldn’t want to get into a fight with one.

The View from Nepenthe

In 1947 Lolly and Bill Fassett bought a log cabin in Big Sur, California with the dream of building a restaurant where people from up and down the coast could come and eat and drink under the sun and stars and marvel at the spectacular views of the Big Sur coastline. The name of the restaurant is Nepenthe and today it’s still owned and operated by Lolly & Bill’s children and grandchildren. The views of Big Sur are indeed spectacular but unfortunately on the day that I was there it was shrouded in fog. I certainly wasn’t going to get the image I was dreaming off (looks like I’ll have to make another trip out to California 🙂 ) but decided to try to see what I could do with the fog and my 10 Stop ND filter.

In the heart of Filmore District in San Francisco is a terrific pizzeria called Delfina. My husband and I had lunch there one day and the food, atmosphere and service were terrific. While  tables and the outside patio were full of diners the counter was a decidedly much quieter place to be.