The View from Nepenthe

In 1947 Lolly and Bill Fassett bought a log cabin in Big Sur, California with the dream of building a restaurant where people from up and down the coast could come and eat and drink under the sun and stars and marvel at the spectacular views of the Big Sur coastline. The name of the restaurant is Nepenthe and today it’s still owned and operated by Lolly & Bill’s children and grandchildren. The views of Big Sur are indeed spectacular but unfortunately on the day that I was there it was shrouded in fog. I certainly wasn’t going to get the image I was dreaming off (looks like I’ll have to make another trip out to California 🙂 ) but decided to try to see what I could do with the fog and my 10 Stop ND filter. 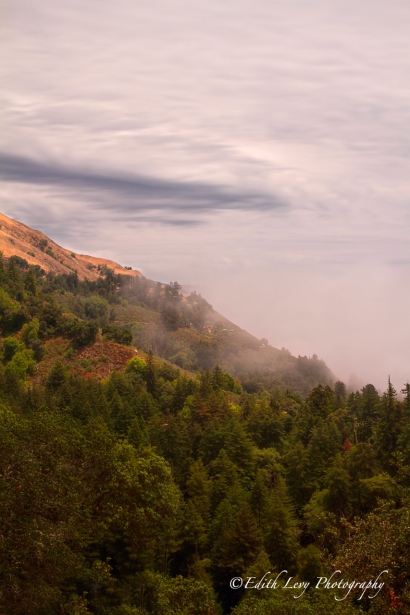 About 10 minutes or so after the brilliant sunset around Morro Rock and as the sun continued to fall below the horizon I turned to look south towards the marina. While parts of the sky still had orange and reds sparkling through the clouds around the rock to the south the glow was purple. It really quite amazing…and peaceful.

A look at the pacific coast through a field of wildflowers. Ok maybe not quite so unusual but these wildflowers, at Spanish Bay, stopped me in my tracks on my way to the beach.  Spanish Bay is one of the stops along the 17 Mile Drive in Pebble Beach and Pacific Grove.

I processed the final image using Topaz Restyle to give it a more calming look and feel. You can download a free trial version of Restyle here and don’t forgot, use the coupon code ELPhoto and receive a 15% discount on all Topaz Labs’ products.

Before we get to today’s image I just wanted to say a big “THANK YOU” to all my readers, visitors and followers. Yesterday this little blog that could hit 1000 followers. I’m humbled and grateful to each and everyone of you for your continued visits and support.

Bird Rock is one of the scenic stops along the 17 Mile Drive through Pebble Beach and Pacific Grove. Named for obvious reasons this massive rock that juts out of the pacific ocean is a hang out for cormorants, pelicans, seagulls as well as California sea lions. It really is quite a site to see.

Click to enlarge (believe me it really looks better in full resolution) or to Purchase a Print.

Here’s a closer look at a couple of the rides at the Santa Cruz Beach Boardwalk Amusement Park.

Click on the images to see a larger version (the colors pop and it really does look better) or to Purchase a Print. 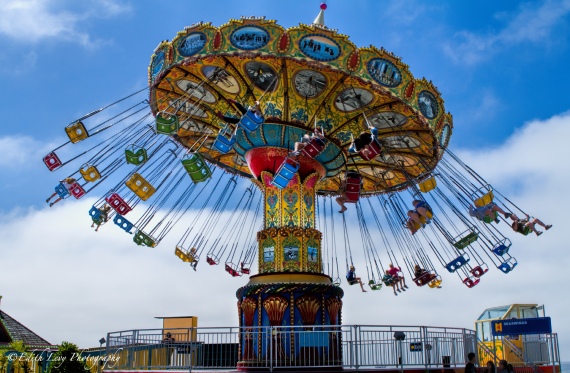 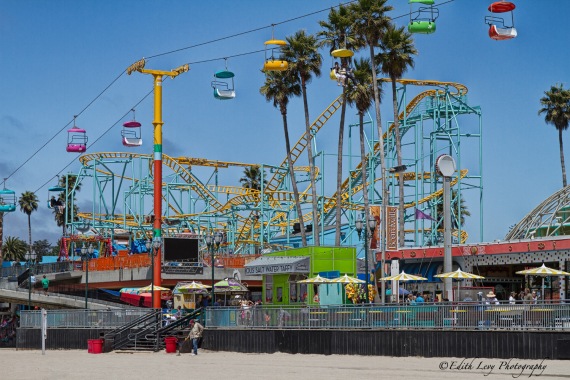 The Santa Cruz Beach Boardwalk amusement park is exactly that. An amusement park right on the beach. The boardwalk has been in operation since 1907 and is one of the last seaside amusement parks in the United States.

This image is a 12 frame panorama that I shot from the beach. I didn’t have my tripod with me so did the pivot / swivel in the sand trying to stay as level as I could. Photoshop Elements did a great job of merging the images but at one point I thought my Mac was going to blow up. Once the merge was complete I ran the image through Topaz Clarity to give it some punch and that was it.